As we saw in part one of this EC-1, sneakers have evolved from an enthusiast community of collectors into a global multibillion dollar business, in part due to StockX’s influence over this burgeoning market. Individual pairs can sell for well over $100,000, and as sneakers have gone from cultural symbol to cultural asset, they have increasingly become the target for criminal groups looking to make a quick buck from counterfeits.

StockX is fighting an arms race against international criminals who can make a killing if they can get a fake through its authentication processes. Every year, StockX improves its practices, and every year, its opponents sharpen their skills, getting just one more detail right. Sneaker fraud is big business: The feds seized tens of millions of dollars in fake shoes last year in just one haul. By some estimates, the sneaker fake goods market is growing and is now well into the nine figure range.

As the key to the community’s trust and the company’s international expansion, StockX reveres themselves most on the constantly evolving process of authentication. Yet even with all its resources and skill, it can’t always get it 100% right.

As the key to the community’s trust and the company’s international expansion, StockX reveres themselves most on the constantly evolving process of authentication.

In this part of the EC-1, we’ll explore how authentication got started at StockX and how it has grown, as well as what it takes to compete with the fakes — and the fallout when the company gets a decision wrong.

“It was a crazy feeling — the worst.”

“The original pair from 2012 is the one I really wanted and still want, but they’re just so much more money. When the 2.0 came out in 2017 I was like, they changed the materials and whatever, the color is a little bit different, but I still love it.” 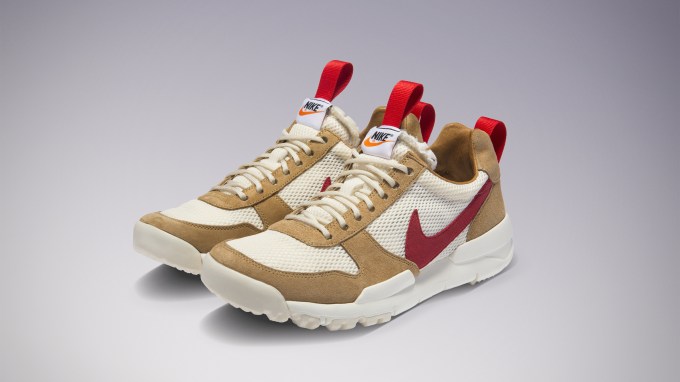 He picked up a pair for $1,650 — the most he’d ever spent on shoes at the time — from StockX in 2018 and wore them often and carefully, even removing the insoles and replacing them with other inserts so as not to wear off the insole graphics. The Tom Sachs Nike box has a quote that says, “These shoes are only valid if worn, and worn to death, by you. Poser need not apply.” Unlike some sneaker collectors or resellers who keep their shoes “deadstocked” or unworn, Yarbrough took that message to heart.

By the end of 2020 the resale value of his sneakers had significantly increased, ranging from $2,400 to $4,500. Yarbrough decided it was time to part ways with the shoes. They had a good run and he wanted to make some money to put toward other things. He posted the used pair on StockX-competitor GOAT for $3,000 and quickly received an offer for $2,600. Pleased with this number, he packaged them up in the original box along with a booklet that came with the shoes and sent them to GOAT to be authenticated and sent to the purchaser.

Yarbrough received an email saying the shoes would not be accepted, the transaction would not go through and that they were fakes. “It was a crazy feeling — the worst.” Yarbrough recalls it derailing his entire day and taking about two weeks to decide what to do about it.

“To open that email, see that it said that they are replicas, and know, essentially, that I’m stuck with these shoes, and I’m out this amount of money is a really terrible feeling. It was something I haven’t ever really felt before, like getting scammed,” he says.